An heiress to the Guinness brewing fortune is being sued by her New York neighbour, who claims she has seriously damaged his $12 million (£7.6 million) home by repeatedly allowing her bath to overflow.

Daphne Guinness has been accused of causing ‘mental anguish and emotional distress’ to Karim Samii, the hedge fund executive who lives in the apartment below hers in a converted hotel on Fifth Avenue.

Mr Samii, the founder of Pardus Capital Management, claims Miss Guinness has flooded his bathroom four times. He is seeking $1 million (£635,000) in compensation – and a ban on her taking baths.

He and his wife, Tina, ‘are fearful of leaving their premises unattended, not knowing when Ms Guinness’ wilful misconduct will cause another flood,’ a lawsuit filed at a Manhattan court alleges.

Miss Guinness, a fashion designer, moved into her apartment, in the former Stanhope Hotel, in 2008, after reportedly paying $15 million (£9.5 million) for the property.

Contractors employed by Miss Guinness, the 42-year-old daughter of Jonathan Guinness, Lord Moyne, were at fault for the first drenching of the Samiis’ tenth-floor home, the lawsuit alleges.

But she was responsible for another flooding on October 31 last year, it is claimed, when her overfilled bath caused ‘substantial damage’.

The Samiis’ apartment was again flooded in May this year. Miss Guinness was allegedly found by the building’s superintendent ‘in the kitchen talking on the phone’.

She ‘was surprised by the disturbance,’ the lawsuit says. ‘Meanwhile, water was continuing to pour out of her bathtub and on to the floor, causing the significant flooding below.’

The Samiis’ bathroom walls, vanity cabinet and moulding were left damaged and they ‘began to experience anxiety and distress’, the lawsuit alleges.

The most recent downpour allegedly occurred less than two weeks ago, when ‘water again poured heavily’ into the bathroom, which had only recently been repaired.

The superintendent this time found Miss Guinness’s ‘personal assistant and another female attempting to dry the floor with bath towels’. The Samiis accuse Miss Guinness of a ‘lack of care and reckless disregard for the consequences of her behaviour’. As well as $1 million (£635,000) for repairs, they are seeking an unspecified amount in damages.

They are also attempting to obtain an injunction against Miss Guinness taking a bath until she completes ‘all remedial measures necessary’ to ensure it will not overflow.

A spokesman for Miss Guinness said: ‘We have no comment on this. It is a personal matter.’ 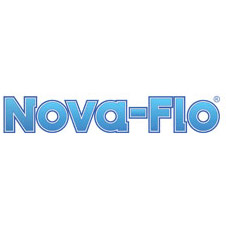